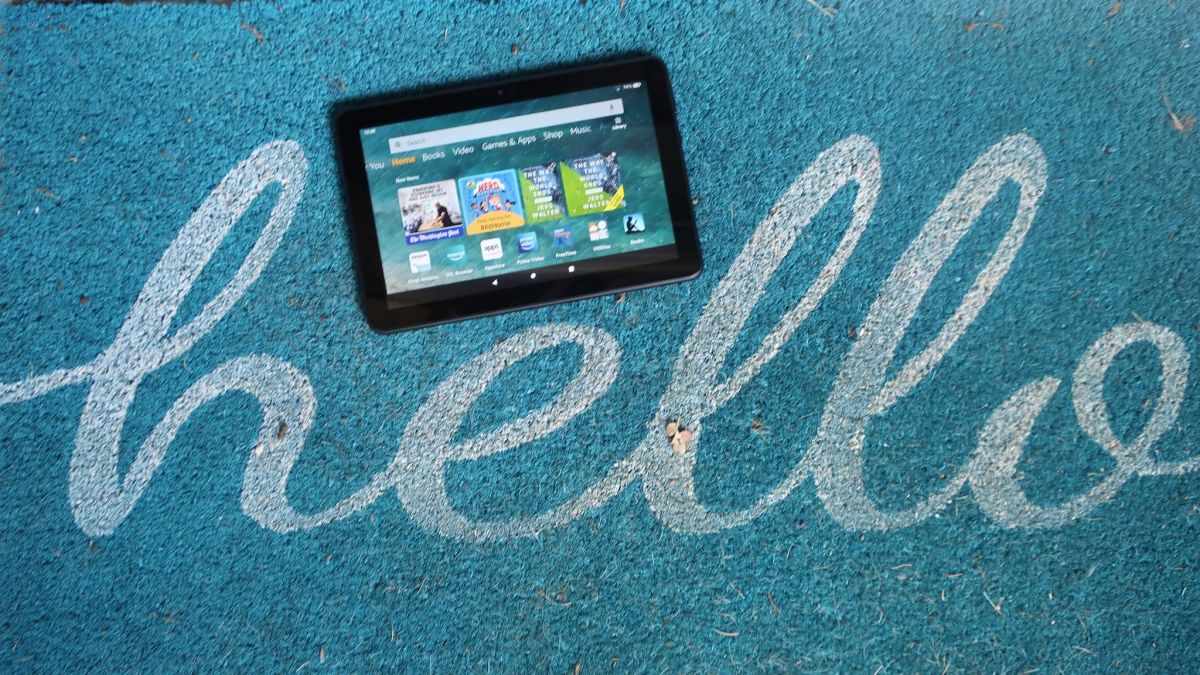 Amazon offers some of the most affordable and most popular Android tablets, and surprisingly, several Fire tablets go on sale during the annual Amazon Prime Day event.

Fire Tablets can run most of the popular media, live streaming, and social media apps that you’ll find on more expensive tablets, plus they can handle quite a bit of productivity. They are also great for mobile games and to entertain your little ones. And with support for multiple users and multiple accounts, plus Amazon’s Kids+, they make the perfect tablet for the family, as well as a good value. Non-kid versions of the Fire tablets can be had in an ad-free or cheaper ad-supported option (and you can always upgrade to ad-free for an additional fee at a later time).

These Fire Tablets are often sold out throughout the year, but you’re unlikely to find a better deal on Amazon devices than during Prime Day 2022. Here are the best Fire Tablet deals we’ve seen so far.

The Fire 7 tablet is already so affordable that many people drop one into their virtual shopping cart almost without even thinking about it. If it was available in the grocery store, you might expect to see it next to gum and mint as an “impulse buy.”

The Fire 7 has a 7-inch IPS display and is available in 16GB and 32GB storage configurations, although you can add up to 1TB through a microSD card. Plus, the device gets up to ten hours of screen time on a single charge, has front and rear cameras for photo and video calls, and comes with Alexa hands-free access.

In 2020, Amazon offered not one, but two versions of its popular mid-size tablets, the Fire HD 8 and the Fire HD 8 Plus. On the surface, there isn’t much (if any) that differentiates the two devices. Instead, the differences come down to internal components and external features.

The Fire HD 8 is the tablet most people will (and probably should) have, as it has the same display and design as the HD 8 Plus but comes at $20 cheaper than its premium sibling. However, what makes the HD 8 Plus worth considering are those additional features that signal the future of Amazon tablets.

The Fire HD 8 Plus has a faster processor and more RAM than the Fire HD 8, but what’s really interesting is that it can be charged wirelessly. When paired with the Wireless Charging Dock accessory, you can even turn it into an Echo Show.

Until the release of the Fire HD 8 and 8 Plus (2020), the Fire HD 10 (2019) was our pick for the best Amazon Fire Tablet. While it has lost that crown, for now, it is still an excellent device for media consumption and gaming.

Amazon has been making a line of kid-friendly tablets for several years under the name Kids Edition. All of these come with a sturdy, colorful case, as well as a year’s subscription to Amazon Kids+ (formerly Amazon FreeTime Unlimited), the comprehensive suite of parental controls and age-appropriate content. Plus, all Kids Edition Fire tablets come in three colors: pink, blue, and purple, and they can all be purchased in two bundles as well (in case your kids aren’t quite adept at sharing). Best of all, Amazon includes a 2-year replacement warranty with your purchase.

The Fire 7 Kids Edition has been a popular product for a number of reasons, not least the price. Being the smallest kids edition tablet, it’s also the least expensive. The other thing this small tablet has is its size. The 7-inch screen is just about perfect for any kid, whether it’s a three-year-old or a ten-year-old.

After introducing the Kids Pro line of Fire Tablets, Amazon is now offering an upgraded version of the standard Fire 7 Kids tablet. It still offers the same great benefits, only with slightly better performance than the previous iteration.

As with adult tablets, the Fire HD 8 Kids Edition was our pick for the best Fire Edition tablet for kids. It has a better screen than the 7-inch version, but it also has better cameras and speakers. Again, as with regular modern Fire devices, the Fire HD 8 Kids Edition charges via USB-C, which is great if you don’t want to have a lot of wire clutter while charging. You can also expand the storage space up to 1 TB via a microSD card.

Of course, all the other Kids Edition goodies are here, including a kid-friendly case, an Amazon Kids+ subscription, and bright color options. This tablet is still manageable with small hands, but it offers a noticeably better viewing experience. The Fire HD 8 Kids is also available in a Pro version for older kids.

If you have several young children in your family who are good at sharing, you may end up saving money by buying the larger Fire HD 10 Kids Edition instead of two or more smaller tablet options.

The big, beautiful 10.1-inch screen is the same as the regular Fire HD 10, and it’s perfect for gathering to watch movies or TV shows with Amazon Kids+, especially with its baby bag and kickstand.

If your kids fight over the tablet, don’t worry! As with all Kids Edition Fire tablets, this one comes with a two-year worry-free warranty that says Amazon will replace your broken device for free! And if you have older kids, you can also get the Fire HD 10 Kids in the Pro version.

Amazon has always offered some attractive packages with its first-party devices, including Fire tablets. Sometimes these are multi-device bundles, while others feature accessories such as chargers, cases, or screen protectors.

What fire tablet should you buy?

Kids or not, our top pick for the best Fire tablet for most people is the Fire HD 8. It regularly sells for $20 less than the Kids Edition and has the same specs and interior. You can always add Amazon Kids + to the standard HD 8 at any time (and opt out at any time), and the standard version gives you more freedom with your personal status choices. Plus, if you’re only going to buy one tablet, you might not want it to be bright pink, blue, or purple.

We touched on that comparison above, but if you’ve read past it or are still confused, here’s what it boils down to. First, unless you’re really interested in charging your tablet wirelessly, you don’t need to bother with the Fire HD 8 Plus or HD 10 Plus. They are excellent tablets with some great features, but they are not enough for most people to justify spending the extra money on them. Additionally, the regular HD 8 and HD 10 can still do Echo Show mode as long as they’re supported in a case or stand.

As mentioned above, you don’t need to buy a Fire Kids Edition/Pro tablet, even if you want these features for your family. You can add Amazon Kids+ to any regular Fire tablet at any time, and the non-kids versions are much cheaper.

This doesn’t mean kids-focused tablets aren’t worth the money; They are. They come with durable, ultra-soft cases featuring seats, an annual subscription to Amazon Kids + and a kid-friendly user interface that is well worth the extra expense for many parents. Additionally, every Kids Edition tablet comes with a two-year replacement warranty; If anything happens within that time frame, you can send it back to Amazon for a brand new tablet at no additional cost and no questions asked. If you still want to learn more about these options before buying, be sure to check out our helpful buying guide for parents interested in the different Kids Fire Tablet options.

We knew it was on the way, but Amazon finally confirmed that Prime Day 2022 will begin July 12 at 3AM EST and run through July 13. But there are some changes to watch out for, with Prime Day now expanding to more countries and another event later in the summer.

The 48-hour event begins July 12 at 3AM EST and runs through July 13 for Prime Day members in Austria, Australia, Belgium, Brazil, Canada, China, France, Germany, Italy, Japan, Luxembourg, Mexico, the Netherlands, Portugal, Singapore, Spain, the United Kingdom, and the United States, and for the first time in Poland. and Sweden. Later this summer, Prime Day deals events will take place in India, Saudi Arabia and the United Arab Emirates, as well as in Egypt for the first time.”

This gives everyone about 48 hours to find their favorite deals, save big on some new tablets, or just find some odds and ends you’ve been holding off on.

What are the best Prime Day 2021 Fire Tablet deals?

Join @Eagle APK on Telegram channel
Rate this post
Home › Android News › Best Fire Tablet deals for Prime Day
We use cookies on our website to give you the most relevant experience by remembering your preferences and repeat visits. By clicking “Accept”, you consent to the use of ALL the cookies.
Do not sell my personal information.
Cookie SettingsAccept
Manage consent