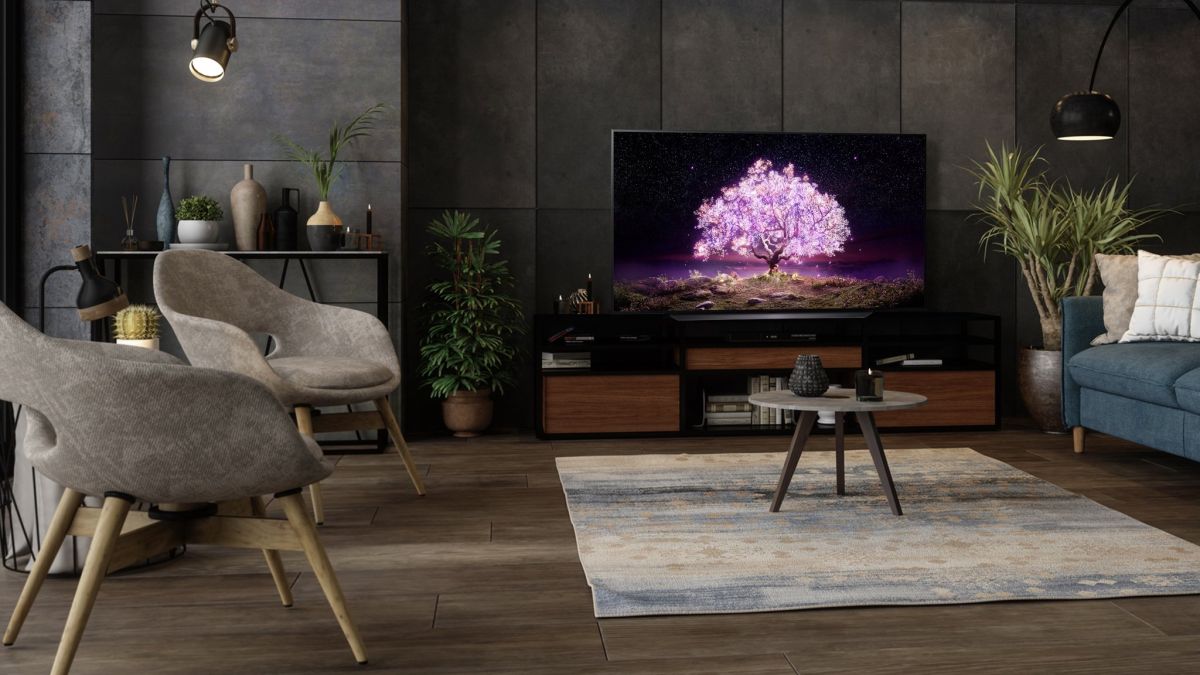 TVs that support HDMI 2.1 will be able to produce better images at faster refresh rates than those that only have HDMI 2.0. These TVs are also capable of delivering Dynamic HDR (High Dynamic Range) with higher contrast between colors. Rather than potentially displaying a fading image, HRD makes everything in general more clear and true to life.

Most Android 4K TVs have at least one HDMI 2.1 port, some even have as many as four. Whether you’re looking for an unprecedented OLED screen or you’re satisfied with a QLED TV, these amazing HDMI 2.1-enabled TVs should be on your radar.

The LG C1 is the cream of the crop if you have the money to spare. It can deliver 4K resolution at a refresh rate of 120Hz and offers four HDMI 2.1 ports, with screen sizes from 48 to 83 inches. The downside is that it doesn’t have hands-free voice control, even though Alexa and Google Assistant are built in.

By ditching OLED, Samsung decided to opt for its own version, called QLED, which usually offers a brighter and longer-lasting picture than OLED, although it doesn’t offer deep blacks. The QN90A Neo has four HDMI ports, but only one of them is for HDMI 2.1. Fortunately, one is all you really need if you only use it for gaming.

The Sony A80K model features an OLED display along with four HDMI ports, two of which are HDMI 2.1. Moreover, it comes with PS5-exclusive features such as Auto HDR Tone Mapping and Auto Genre Picture Switch. Where it falters is that it only comes in three sizes (55, 65 and 77 inches), which limits your options.

Hisense uses proprietary ULED technology for its displays, which is essentially LED that uses local dimming to deliver deeper blacks than QLED, making it a great budget option for those who don’t want to splurge on OLED. The U8G provides four HDMI ports, two of which are HDMI 2.1.

TCL offers a decent mid-range option that doesn’t break the bank but also isn’t ridiculously cheap. It features a QLED display for high contrast images and among the four HDMI ports, two of them are HDMI 2.1. It also supports hands-free voice control and Dolby Vision with HDR10.

It’s not as glamorous as some other HDMI 2.1 TVs, but it gets the job done at a fraction of those prices, delivering 4K resolution with HDR10. Although its LED panel is inferior to most displays, you can’t go wrong with its cost. It also has three HDMI 2.1 ports on its side.

HDMI stands for High Definition Multimedia Interface, which is a method of transmitting audio and video to a device such as a TV or monitor. HDMI 2.1 is an updated version of HDMI 2.0, and it transmits faster speeds with higher quality. HDMI 2.1 can support resolutions up to 10K (although 4K and 8K are more popular) with a bandwidth of up to 48Gbps, with refresh rates of 120Hz. The refresh rate is how quickly an image refreshes within one second, which is smooth movement.

As mentioned above, HDMI 2.1 can support resolutions up to 10K, transfer speeds of up to 48Gbps, and refresh rates of 120Hz (4K resolution). It also typically features a Variable Refresh Rate (VRR) and Auto Low Latency Mode (ALLM), which is great for gaming, along with an Enhanced Audio Return Channel (eARC). On the other hand, HDMI 2.0 can only support 4K resolution at transfer speeds of 60Hz and 18Gbps.

Is HDMI 2.1 better for gaming?

HDMI 2.1 is much better for gaming than HDMI 2.0. If you’re into a great gaming TV, you’ll need the best possible specs so your games can take full advantage of what’s on offer. Although there aren’t many games that support 120fps on PS5 at the moment, the list will only grow over time. and there be Abundance Operating at 4K60FPS.

PS5 and Xbox Series X come | The S comes with an HDMI 2.1 cable in the box, so you’ll need to pair it with a TV that has the appropriate ports for best performance.

If you want to take advantage of what HDMI 2.1 has to offer, you will need to use some great HDMI 2.1 cables to do so. Although HDMI 2.0 cables are compatible with HDMI 2.1 ports and will work, they will only provide 2.0 speeds and resolutions. Simply put, if you connect an HDMI 2.0 cable to a 2.1 port, you won’t get 4K at 120Hz.

This is also true when an HDMI 2.1 cable is used in the HDMI 2.0 port. It will work, but you will not use it to its full potential. It will be limited to the HDMI 2.0 specification.

HDMI 2.0 might be good enough for some people, especially those who don’t care much about HD, but even just having the peace of mind that HDMI 2.1 has been in the future for a while is worth the upgrade in getting an HDMI 2.1 TV.

Join @Eagle APK on Telegram channel
Rate this post
Home › Android News › Best HDMI 2.1 TVs
We use cookies on our website to give you the most relevant experience by remembering your preferences and repeat visits. By clicking “Accept”, you consent to the use of ALL the cookies.
Do not sell my personal information.
Cookie SettingsAccept
Manage consent