Mint Mobile vs. Ting Mobile: Which should you subscribe to? 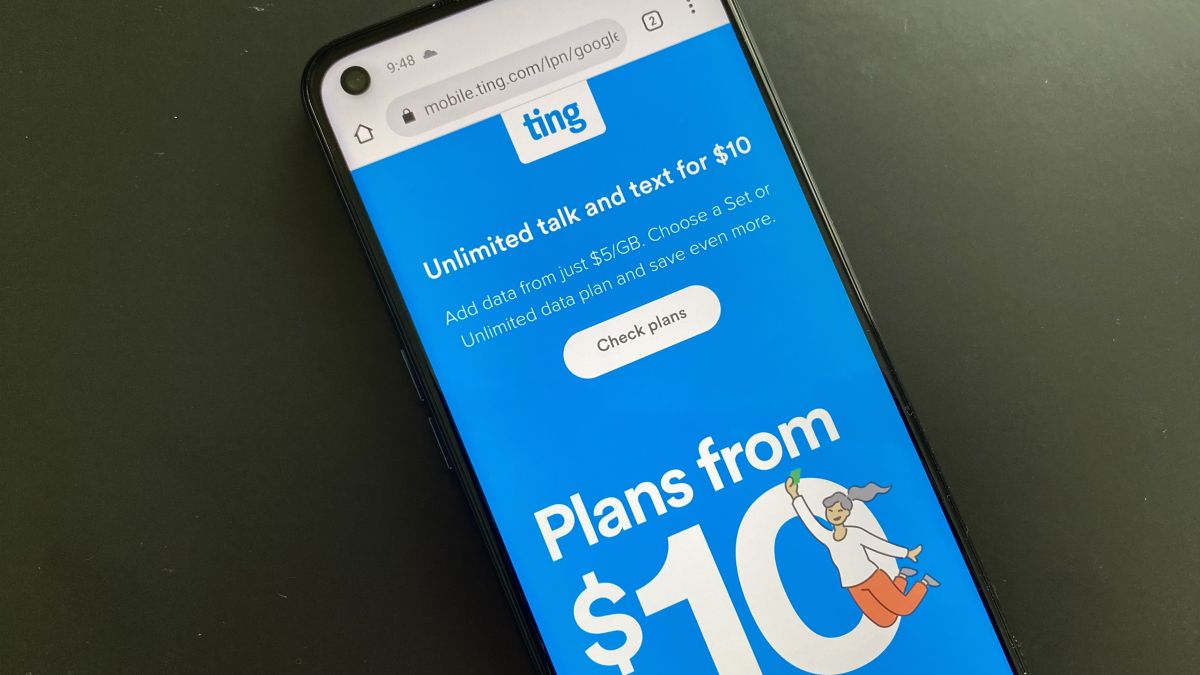 Buy in bulk to save money for service on the T-Mobile network with Mint Mobile. Plans come in 4GB, 10GB, and 15GB packages with an unlimited plan providing up to 35GB of high-speed data. Unlimited calls and texts, and calls to Mexico and Canada are included. Mint Family also allows you to have up to five lines.

Ting Mobile is a great value for many people, especially light users who are looking for a plan that starts cheap and doesn’t get too expensive. The Flex plan starts at just $10 with data at $5 per party. Ting also has solid options for those who need a lot of data with two unlimited plans with 22GB or 35GB data options.

Ting’s Flex plan is a great starting point for anyone who wants to make unlimited calls and texts with less than 5GB of data. Ting’s current data plans come with 5 GB, 22 GB, or 35 GB of high-speed data allowing a good fit for most people. If you want to get the most out of your smartphone, Mint Mobile plans are designed for heavier users, with the smallest 4GB plan suitable for many people. For the majority of smartphone users who can pay up front and are covered by the T-Mobile network, Mint Mobile is a much better deal.

Mint Mobile vs. Ting Mobile: How Much Data Do You Need?

Whether you want one of the Mint Mobile plans depends on how much data you think you’ll need. The most economical option would be to buy the package that is just over your usage amount so you don’t go over it. If you somehow need more data than you thought, luckily, Mint Mobile will let you upgrade your plan mid-cycle. Ting is the best value for someone who doesn’t need a lot of data, but Mint Mobile’s big savings drops the price a lot if you need more than a few gigabytes.

Mint Mobile uses the T-Mobile network exclusively, and for the most part, should provide great coverage for most people. T-Mobile coverage can drop a bit more in rural areas, but with a newer phone, you should probably be covered.

Mint Mobile has multiple plans available with different durations. Packages come in 4 GB, 10 GB, 15 GB and unlimited capacities. The unlimited plan contains 35GB of high-speed data each month. These plans fit well with typical smartphone use, and you can even upgrade to the next plan if you find that your usage exceeds the data package you initially chose.

If you want to use your Mint Mobile data connection on other devices with a mobile hotspot, you can with all plans. For the 4 GB, 10 GB, and 15 GB plans, you share your dataset. On the unlimited plan, you get 5GB of hotspot data.

With Mint Mobile, you start with a three-month plan at the lowest price for 12 months at $15 per month or $45 for three months. You can choose to renew for 12 months at this monthly rate although you will need to pay for the entire year once. If you’re still not sure whether to stick with Mint Mobile or don’t have the budget to pay for a year, you can renew for three or six months.

Keep in mind that renewing for less than 12 months will cost more per month.

You can add more high-speed data at $10 for 1GB or $20 for 3GB if you run out of data. You can also upgrade to the next larger plan if you feel you will need more each month in the middle of your billing cycle.

Mint Mobile also has Mint Family, which allows you to manage up to five lines from a single account. Although you won’t see any multi-line discounts, this is a good way to bring your family to the Mint without having to remember different accounts. You can also bring your number when switching.

Ting currently has five plans suitable for people with different data needs, up to 35GB per month. The cheapest Flex plan comes with unlimited calls and texts and charges $5 per GB of data. You can save by starting with a larger data plan if you use more than 4 GB per month. However, it’s good to see a plan designed for someone who doesn’t need a lot of data.

Ting data packages start from 5 GB, going up to 35 GB.

Because Ting Mobile works with T-Mobile’s highly compatible 5G network as well as Verizon so you can use any unlocked phone. You can check your zip code on Ting’s website, but there is no official map. You’ll likely use the T-Mobile network with a new plan.

One thing to keep in mind is that Ting is now owned by Dish Wireless. While Dish is still using partners to cover its hive and will continue to do so for at least several more years, Dish is building its own network. Not only that, but Dish has partnered with AT&T as its future network partner. For you, this mostly means that you may see your coverage change in the next few years. Fortunately, you’re not tied to a contract, so you can switch if you want.

Both carriers offer International service. Mint Mobile includes calling Canada and Mexico at no additional charge, with additional countries supported for an additional fee. Roaming in other countries is also available, with rates dependent on the country.

If you frequently talk or text someone from another country, using a messaging service like WhatsApp, Line or Telegram can save you a lot of money and, in many cases, give you a better experience. These apps will also work on Wi-Fi.

Both carriers support a wide range of phones on the T-Mobile network. Pretty much any unlocked GSM phone should work as well as some other carriers. You can bring any of the best Android phones to either of the two services without a problem. Keep in mind that a phone with full T-Mobile support will allow for a better signal in some areas. Ting has more support with access to Verizon Wireless although most unlocked phones will be better suited to the T-Mobile network.

You can check the IMEI of your specific phone on any of the carriers upon registration to be sure.

Both companies sell phones ranging from the latest high-end Samsung and Apple devices all the way to the budget category. If you’re trying to get a flip phone in 2022, Ting is your only option here. You can find out which phones are available by visiting the Mint Mobile online store or the Ting online store. Both carriers offer financing with AFIRM.

Both Mint Mobile and Ting Mobile are major MVNOs. Ting has one of the least barriers to entry, starting low with plenty of room to grow. Ting has some solid plans for those who need a lot of data, too. However, with rates starting at $15 per month and some of the best data rates for any carrier, Mint Mobile is best suited for the majority. Not only that, if you can pay for an entire year of service, you can get a great deal.

Save money on data on your growing network when you purchase phone service for up to a year at a time with enough data options for most people.

Start with a flexible plan with unlimited calls and texts with data that grows according to your needs or up to 22GB of fast data with unlimited.

Join @Eagle APK on Telegram channel
Rate this post
Home › Android News › Mint Mobile vs. Ting Mobile: Which should you subscribe to?
We use cookies on our website to give you the most relevant experience by remembering your preferences and repeat visits. By clicking “Accept”, you consent to the use of ALL the cookies.
Do not sell my personal information.
Cookie SettingsAccept
Manage consent